The World Sailing Speed Record Council (WSSRC) was established by the International Yacht Racing Union (now renamed World Sailing) in 1972. The object was to provide impartial results for increasing numbers of claims by high speed sailing craft (on water: never on ice nor land!). Early on the decision was made to base such outright speed ratifications on a one-way leg of exactly 500 metres. Meetings were held every year, often several meetings a year, in various suitable places in the world and speeds climbed with boats of various configurations and with Windsurfers and Kiteboards. An additional sub-section for speeds over 1 nautical mile was susequently introduced.

In 1988 following several controversial claims about the times and status of long voyages, WSSRC was asked to take over additionally offshore sailing records.

Since 2001 the organization has a full time Secretariat. Hardly a day goes by without some form of activity in what is now a separate and increasing branch of the sport of sailing. The undoubtedly expert council draws members from Australia, France, Great Britain and the USA. Its most immediate duty is the ratification, or otherwise, of timed claimed records, inshore and offshore, which have been achieved in accordance with the rules of WSSRC. Certificates are issued to record holders and their times are listed. WSSRC has a facility for issuing Performance Certificates to sailors who wish to be officially times over accepted courses, but are not expecting to beat a record. Another service is a continuous coordinated list of best elapsed times of offshore racing events in all parts of the world, accepting the times of the race committee.

Note that  we have a policy of not ratifying "youngest/oldest etc" claims or attempts and our rules do not include such categories. We concentrate on speed record attempts and claims, and no longer recognise "human condition" categories which can expand to such an extent that almost anyone would be able to claim a record of some sort. The other issue is that whilst we can clearly monitor and ratify "speed/time" records - at which we have become rather expert - the verification of age/ disability/marital status etc is a less exact science. 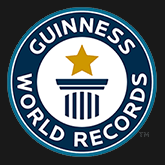